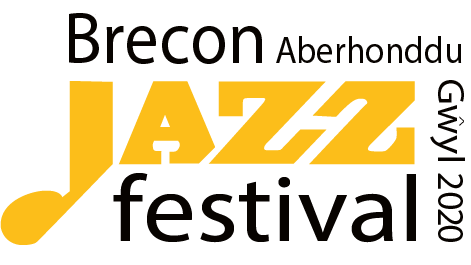 The delightful market town of Brecon is to be found amidst the Beacons National Park in mid Wales, and has hosted a vibrant Jazz Festival since 1984. So this year, 2020, the organisers are not going to be outwitted by a global pandemic. They have worked with musicians and jazz and music partners Ratio Studios in Wales and music platform Vialma to put the festival online, as Virtually Brecon Jazz.

Welcome to the 37th year of Brecon Jazz Festival. Click the playlist at the side to accompany your browsing through our tasters below, introducing the 2020 lineup:

Described as “a state-of-the-art musical thinker”, a "dazzling saxophonist,” by The New York Times. Steve Lehman originally from Brooklyn (now Los Angeles) is a composer, performer, educator, and scholar who works across a broad spectrum of experimental musical idioms. A Fulbright Scholar (2002-3) with his doctorate from Colombia (2012), Steve has performed and recorded nationally and internationally with his own ensembles and with those led by Anthony Braxton, Vijay Iyer, Bennie Maupin, Jason Moran, Georgia-Anne Muldrow, George Lewis, Meshell Ndegeocello, and HPrizm of Antipop Consortium. “One of the transforming figures of early 21st-century jazz”  (Guardian). “A quite extraordinary musician” (BBC). 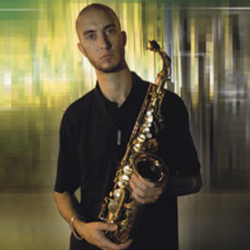 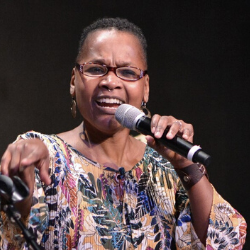 Jazz singer, collaborator, and inspirational performer, US Pacific Coast-based LaVon Hardison believes that nothing expresses emotion like a great jazz tune. Winner of the 2017 Earshot Jazz Vocalist of the year, she personifies authenticity and the ability to create a direct connection with audiences. LaVon has three recent solo albums to her credit, as well as two vintage swing jazz albums under the name Red and Ruby with guitarist Vince Brown. Here, LaVon performs with top jazz musicians based in Wales, Jim Barber (piano), Bill Fletcher (bass), Greg Evans (drums).

Paris-based Aïda & Babak Nosrat, who are originally from Iran, bring a love of flamenco, Middle eastern sounds and a deep attraction for jazz manouche, to create their unique musical performances. Their influences encompass European jazz, as well as classical Spanish and Brazilian rhythms, intertwined with Turkish and Bandari melodies. The musicians appear in association with Accords Croisés, Paris. 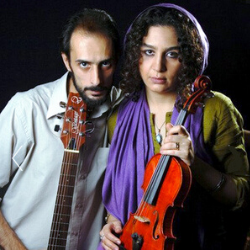 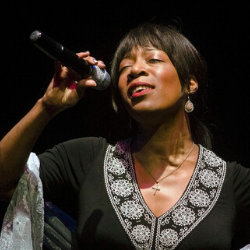 Deelee Dubé is the winner of the 2016 Sarah Vaughan International Jazz vocal competition, and one of the most talented vocalists emerging from the London scene. A deep love and respect for the jazz tradition, the eclectic tastes of the new UK/EU jazz, and a stellar South African musical lineage, produce that “warm tone, genuine blues feeling and easy rhythmic authority” (Jazz Times). The performance creates an opportunity to link up with regular Brecon Jazz performer Juan Galiardo and his impressive trio from Spain, Rafa Sibajas (bass), Jose Luis Gómez (drums).

If you still haven't signed up, make sure to add your email below and you will be added to the festival!

If you still haven't signed up, make sure to add your email below and you will be added to the festival!